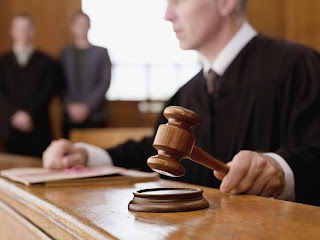 When I entered Judge Carr’s courtroom on April 17, 2019 to observe the proceedings of RISE Court, I entered with a few of my own expectations for what I was about to witness. RISE Court is a program designed to rehabilitate women who have been in jail on prostitution charges and reincorporate them into society by abiding by the many steps and rules of the program. After interning for a semester in another Tarrant County court, I expected to see many of the same things I did at my internship—general court proceedings, the judge sitting behind the bench, and the cases being heard independently of one another. I also knew that this court proceeding would be different from any other that I had witnessed before, as it was a unique program not only designed to implement justice in the Fort Worth community, but also to rehabilitate survivors of sex trafficking.
What I was most surprised by in the whole ordeal was the atmosphere of community that the women in the Rise program had with one another.  They cheered on one another, hugged one another, and showed great amounts of love for their fellow survivors. There was a great deal of camaraderie between the women and Judge Carr as well. He would call up each of their cases, one by one (while standing in the middle of the room and not behind the bench), and check on their progress. The judge seemed to want them to succeed. He was cheering these women on, and as a result, they seemed to be encouraged to succeed in the program too. 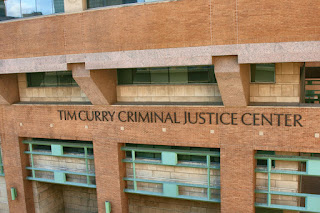 There were moments of heartbreak and moments of laughter in the courtroom that day. One woman stood up with great resolve and gave her testimony to the courtroom saying, “failure isn’t an option for me anymore. I have too many people relying on me to fail.” Another woman shared a giggle with the rest of the courtroom as she shared that she was the person to train the other people to train other people at her job at Subway. Quickly following was a round of applause as she shared that she was promoted to manager and given her own store to manage.
RISE Court allowed me to sit and reflect on the opportunities these women are so grateful to have been given that I have had my entire life but have taken for granted. The opportunity to live in freedom, the opportunity to easily have a roof over my own head, and the opportunity to seek education and employment are a few of the many things that I refuse to take for granted again. Further, RISE Court showed me the immense power that the justice system can have on changing lives through building relationships. The things that the women that I saw that day were experiencing are heartbreaking, but I saw the community that they have found in each other put hope in their hearts.