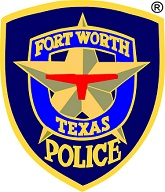 Typically on Thursday nights at 7:30, I’m wrapping up dinner with my friends discussing school stresses, stories from our day, and making plans for the weekend. It’s usually a casual evening spent carelessly.  However, my Thursday on April 18 was quite different. A group of my classmates and I met a Fort Worth Police Officer named Jimmy to go on a ride-along with the goal of seeing just how close and accessible human trafficking is.
My time at and around TCU has been sheltered from the harshness of an entire community of people’s lives just a few miles away.  I was not expecting to see such extreme poverty and an abundance of prostitution and drugs right down the road from school.  Not minutes after we started our drive did we witness a drug deal occurring in a run-down convenience store parking lot.  A few turns later our group watched as a man drove his brand new Mercedes down an impoverished neighborhood road following an older, limping woman most likely in her 60s. It was clear based on his tracking of the woman in such a nice car for the area that he was the pimp, and she was being forced to try to make money by selling her body.
The next spot we found ourselves was a small, deteriorated motel. After turning in, Jimmy told us to look for cars that might be out of place or have another state’s license plate. These were indicators of potential prostitution or trafficking occurring. Halfway down the length of the motel, there was an open door with a man in front. Jimmy decided to pull into the spot next to the man’s truck, which happened to have a Colorado license plate, and wait. The man in the door turned into the room and brought out a woman in sheer clothing who called to us. Jimmy explained that we were just lost and looking for another motel. The man, who at this point was clearly a pimp, proceeded to give detailed instructions to the motel Jimmy mentioned.  The woman told us that we didn’t  want to be in this area, especially not with the kids that Jimmy had with him.
During our drive back to campus after this incident, talking to both the pimp and his victim, Jimmy reflected a little on his views about the realities of the places we just visited. He explained his first-hand experiences talking to many women who have turned to prostitution out of desperation and isolation. His synopsis is similar to that of Kevin Bales, author and human rights advocate.  Bales focuses on the push factors that lead people into these kinds of situations and the amount of demand for sex keeps them there. Variables such as abuse, neglect, addiction, low income, and lack of education are considered to be some of those factors that push a person to enter the sex industry.
This experience was one that opened my eyes to the prevalence of human trafficking and prostitution.  It not only made me sad and feel compassion for the women who are in these situations, but also it made me angry.  The fact that it is so easy to be sheltered and pretend that issues like this don’t happen near communities that I have been a part of is wrong.  This is a social issue that can be tackled by starting with the mere awareness of the problem.
Reflecting on the ride-along after the fact was difficult. I wanted to share the stories that I encountered with friends and family to help them to understand. However, I was faced with an abundance of desensitization to the women in these situations.  No one blamed the women or justified the behavior of the pimps or buyers of sex, but few people were shocked or extremely concerned.  There was only mild interest expressed, and conversations faded, and new topics ensued. I left those conversations feeling unsatisfied.
This ride along reinforced my belief that women do not chose to go into prostitution. Sex work is the work of last resort, when there seems to be no other option, most often through force, fraud or coercion. Seeing the vulnerable, dependent, and addicted women during this experience only made that clearer. My belief that every person deserves basic human rights was further solidified, and I left knowing that it was up to those of us who were educated and empowered to promote social change.