“I’ve done everything illegal you can imagine except kill someone.”

This was my first introduction to Jimmy, a police officer who was previously undercover. Jimmy took myself
and three other students on a ride along, where we got to see things we would have never seen otherwise.
On April 18, 2019 at 9pm Jimmy drove us out of our “TCU bubble,” across the I-35, and into a part of Fort
Worth I had never ventured.
We had been given little information about what to expect ahead of time, but even if we had, nothing could
have prepared me for what I saw. We had not even driven ten minutes from TCU before we pulled into a car
wash. Nobody was washing their cars. Instead, there was an elaborate system of multiple teams of men selling
drugs. As we drove through, many men tried to flag us down, offering to sell to us. My first thought was,
“If cops like Jimmy know exactly what is going on here, why don’t they shut it down?” Over the course of
the ride I learned how dealers have systems in place to make it just difficult enough for law enforcement to
arrest them, and that if the police shut down one location for dealing, it wouldn’t matter because there are
plenty more right around the corner.

Our next stop was a seedy motel. We pulled into the parking lot and honked. Immediately, a woman appeared
in the doorway of room eight. Jimmy called out to her and she started zig-zagging towards his truck. She
appeared worn down and certainly high. A few moments later, another prostituted woman emerged from a different
room and began yelling at the first, calling Jimmy her man. All the while, the second woman’s pimp watched
from the doorway. That night, we did not see a single woman in prostitution without a pimp. The men who purchase sex from
the women know these women have pimps, and know how the pimps control their “girls.” Yet, the johns are still
willing to purchase sex. 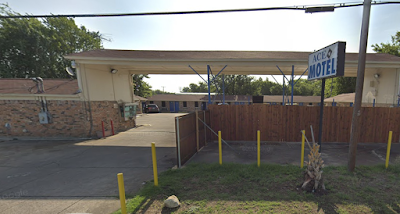 Our final interaction was with another prostituted woman, this one sitting on the curb of a small side street, right
off the main street. She stood up as we approached her in the truck and came over to the open passenger side
window where she offered to sell us “green, ice, white” or whatever we needed. She confidently chatted with
us for a few moments before taking a look at Hannah, one of my fellow students, who was sitting in the front
passenger seat. She said, “You’re too pretty, too pure” and lightheartedly asked Jimmy if he was a cop. Seconds
later, a large pickup truck came racing around the corner and called her over. After her conversation with her
pimp, she was far more hesitant and suspicious of us.
For me, this entire experience highlighted how money translates to power and can be used as a device to keep
humanity’s most vulnerable down. The pimps drove BMW’s and tricked out trucks while the women they
exploited wore shabby clothing. The johns pulled up to the motels in nice cars, ready to use their purchasing
power to exploit women heavily under the influence of drugs. When the demand is so high and push and pull
factors so forceful, how do we protect the women right down the street from my beautiful school full of affluent
students from such severe exploitation?