The more time I spend in Fort Worth the more I realize the complexities of the city I live in, and often, the demons its seems to be hiding in the dark. TCU itself is in a bubble of privileged protection, but on April 18th I became increasingly aware of just how oblivious we are to our actual surroundings. Jimmy, a former undercover cop, took me and 4 other students on a ride along to a part of Fort Worth I don’t normally venture into, one that is only 10 minutes from campus. On the way, Jimmy told us about different neighborhoods in Fort Worth that were more heavily affected by trafficking than others but reinforced the idea that it is rampant in all parts of the city, it is truly everywhere.
About ten minutes into our drive we encountered an older woman walking through a neighborhood. At first, I, along with the other students, assumed she lived there and was just going for a walk. However, it quickly became apparent that she was being prostituted and that her pimp was in the Mercedes down the block waiting for her. Pure shock went through me, I could not believe that this was happening in a neighborhood, regardless of the socioeconomic background. It reminded me of the conversations we have had in class that have reinforced the idea that there is no stereotypical prostitute and therefore, no stereotypical buyer. Johns lived in neighborhoods and women are being prostituted in neighborhoods. 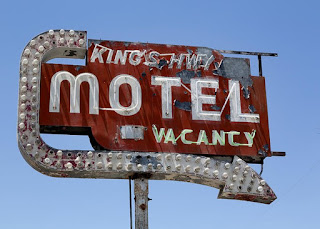 Next, we drove around the block to a motel. I assumed there would be run down cars in the parking lot and that the act of selling sex would not be easily identified. I think this assumption was made with hope rather than knowledge, because as we have learned in class it is usually more obvious than you would assume and it is not specifically associated with lower economic statuses. Unfortunately, I was mistaken. The cars were nice, meaning both the pimps and Johns alike were not suffering the economic disadvantages that the women being trafficked are. A door was open and a pimp was outside waiting for the next customer. Upon talking to both the woman and pimp one thing became incredibly clear to me: both of them were in need of rehabilitation services. Due to push factors affecting the prostitute, and pull factors that make trafficking another human attractive to the pimp, rehabilitation would be the key to them leading successful lives outside of the dark world they are stuck in. Neither are currently in a situation where they alone can break the cycle of poverty and abuse that is rampant in their lives, especially when both are potentially facing prosecution.
As we drove away another question to grapple with came to my mind: what about the Johns? Throughout the course of the semester I have realized that the less appealing side to advocating for those affected by sex trafficking is advocating for the rehabilitation of Johns. Buying sex is, and in many ways, should be, shameful. However, without rehabilitation demand for sex will not cease. The women being abused will continue to be abused, the pimps will continue to be in a place of power and the buyer will remain concentrated solely on their own pleasure. I believe in peoples inherent worth but I also believe in the need for grace to be given. Johns should be prosecuted, but prosecution without rehabilitation will not solve the extreme injustices happening in my city and around the world.