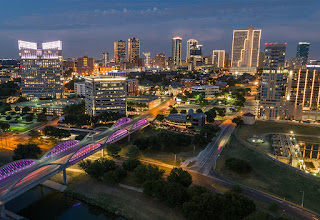 On what would have otherwise been a relatively quiet Thursday night headed into a long Easter weekend, I went on a 9 p.m. ride-along with some of my classmates and a detective for the Fort Worth Police Department named Jimmy Williams. We piled into his unmarked, white pickup truck and ventured west, down Berry Street and to the other side of I-35. Jimmy’s job was to introduce us to the reality of trafficking in Fort Worth. He explained to us that he worked for several years as an undercover cop in the narcotics division, and spent time briefing us on what we might see and hear while we drove around a couple of local neighborhoods. 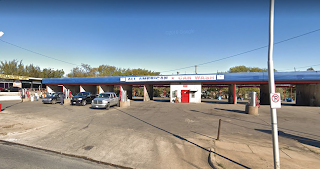 Before we knew it, we were driving up to a dimly-lit car wash. There were a surprising number of people present, given that it was almost 9:30 on a Thursday night. Jimmy pointed out several people and listed off their various roles in the drug deal that was taking place. We even drove around to the back of the car wash and were waved down by a man who, according to Jimmy, was trying to sell drugs to us.

We quickly moved on and found our next destination, which was a motel—also dimly lit. We backed into a parking spot and faced the building. Jimmy honked his horn and we waited in silence as a woman poked her head out of a door to our left. Jimmy spoke to her, asking if she knew where he could find a friend of his. She seemed confused at first and began to approach the car. As she got closer, we could see that she was dressed in loose-fitting, skimpy clothing and seemed to be strung out on drugs of some kind. Nothing about her demeanor seemed happy or content. She appeared to be both nervous and exhausted.

Jimmy explained to us that, while he’s had women tell him that prostitution is a career path that they have chosen for themselves, he knows that deep down, it’s not true. No woman would choose that kind of a lifestyle; having to serve upwards of ten Johns in one night, sometimes putting themselves into incredibly unsafe positions. In addition, they often don’t even earn very much from each John. In some cases, it could be as little as twenty dollars.

After we spoke with the prostituted woman, we ended up speaking to another woman on the side of the road. Initially, she tried to sell us drugs but started to get suspicious when she realized how many of us were in the car. At one point, she even asked Jimmy if he was a cop. As the conversation continued, and as Jimmy attempted to assure her that he wasn’t a cop, a large pickup truck came screeching around the corner and stopped right next to us. The woman immediately became skittish and tried to wave us on, telling us to go somewhere else. As we drove away, Jimmy explained that the person in the truck had most likely been her pimp, and that the pimp had been suspicious about us and had therefore instructed her to avoid us.

This particular encounter really cemented the fact that the sale of illegal drugs and prostitution are, in many cases, inextricably linked. Many of the factors that might push women into prostitution are also factors that push individuals into the drug trade, especially economic factors. When individuals feel as though they are in a situation where selling drugs or selling sex are the only ways for them to make ends meet, they will take desperate measures to ensure that they can provide financially for themselves and their families.

I was shocked to realize just how prevalent drugs and prostitution are in our community. It is easy to get sucked into the “TCU bubble” and to imagine that these issues do not affect members of our close community. After the ride-along, I couldn’t stop thinking about the things I had seen and heard. It bothered me deeply that I had never really taken the time to consider that these things take place so close to home. It helped to make clear to me why it can be so difficult for law enforcement to intervene in situations involving exploitation. Not only is it incredibly widespread, but because probable cause is necessary and resources are not plentiful, it can be hard to make these kinds of crimes a priority.

This ride-along has changed the way I view these issues because it’s made me realize just how sheltered I have been for most of my life. I like to think that I am aware of these kinds of crimes, but truly, I don’t know the half of it. In advocating for additional protections for women who have been trafficked into sex trafficking, it’s important for those of us who are aware of the issue to emphasize that, though these women may appear to be choosing this lifestyle, like the woman we saw at the motel, that couldn’t be further from the truth. First and foremost, victims of prostitution deserve all the help and support they can get. Seeing the issue firsthand just makes me all the more committed to raising awareness about how harmful and prevalent sexual exploitation is in our society. At the end of the day, awareness will be the first step toward solving the problem once and for all.